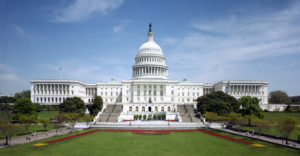 UPDATE: Since the writing of this article, two more Republican senators publicly announced they would not support the bill, which left it dead before a vote. At that point McConnell tried another tack, saying he would bring repeal-only to the floor for a vote. Three Republican senators immediately said they would not support a measure to repeal the ACA without a suitable replacement, and therefore McConnell shelved that idea as well. At the present moment, the ACA remains the healthcare law of the land. However, another GOP attempt to replace it is more than likely, though when and with what is anyone’s guess.

It doesn’t take a doctor to see that the Republican bill intended to replace the Affordable Care Act (ACA) is not exactly the picture of health. After the Senate made revisions to the House’s first attempt at healthcare law — revisions that only marginally improved its Congressional Budget Office (CBO) score — the GOP’s Better Care Reconciliation Act (BCRA) underwent more tweaking, though the CBO has not yet scored this iteration.

If it were a popularity contest, ACA would win…

Tweaks notwithstanding, the measure is spectacularly unpopular. One poll reveals that only 12% of Americans support the bill. It has received open and emphatic criticism from scores of groups, including the AARP; doctor, nurse and hospital associations; organizations like the American Cancer Society and the American Diabetes Association; patient advocacy groups; even some insurers.

And yet, the Trump administration is determined to unravel President Barack Obama’s signature legislation, regardless of how many individuals and organizations are decrying the loss of protections offered by the ACA.

Senate Majority Leader Mitch McConnell (R-Ky.) had originally pushed for a vote prior to the July 4th recess, but when it became apparent he lacked the numbers needed to pass the measure, he delayed it to post-recess. And now the healthcare vote has been delayed again, this time due to an instance of literal healthcare.

Republican Senator John McCain will not be on the Senate floor this week. Rather, he’ll be in his home state of Arizona, recovering from surgery to remove a blood clot from above his eye. McConnell made the decision to postpone the vote until McCain returns. It’s easy to understand why: two Republican senators have publicly announced they can’t support the bill, which means McConnell needs an affirmative vote from all 50 of the remaining GOP legislators.

Marc Short, the White House director of legislative affairs, said: “The left, I think, has been more organized in their messaging on this than collectively Republicans have as far as advocating for the benefits of the bill.” Senator Lindsey Graham (R-Sc.) said the measure “is not like fine wine; it doesn’t get better with age.” And in June, Texas Senator and Majority Whip John Cornyn opined that passing the bill wouldn’t “get any easier” with the progression of time.

One of the changes from the last Senate version to the current is the “Cruz amendment” proposed by Senator Ted Cruz (R-Tx.), a proposal not any more popular than the overall bill itself. Cruz’s idea is to allow insurance companies to sell less expensive healthcare plans that offer a lower degree of coverage than mandated by the ACA, as long as those insurers also sell plans that comply with ACA requirements. Those stripped-down plans would likely attract younger, healthier people who don’t feel a pressing need for healthcare.

Some moderate Republicans and some insurers have expressed concern over the Cruz amendment. They predict it would dramatically spike premiums for individuals with health conditions, since they would need to purchase plans with comprehensive coverage but without the benefit of being in the same payment pool as their healthier counterparts.

But it’s not just the Cruz amendment making the bill a target of criticism, and it’s not just Democrats driving that criticism. Many people are worried about the massive cuts to Medicaid contained in the BCRA, cuts that would leave an estimated 22 million Americans without healthcare (according to the last report from the CBO). And some of those people are Republican lawmakers. At least one is vocal about her concern.

Senator Susan Collins (R-Me.) has been unequivocal in her opposition to the replacement bill as it stands now. Although Vice President Mike Pence has recently said that he and President Trump believe the BCRA actually strengthens Medicaid, Collins had this to say on ABC on Sunday: “This bill would make sweeping and deep cuts to the Medicaid program. It would also jeopardize the very existence of our rural hospitals and our nursing homes.” She also noted that eight to ten other Republican senators had “deep concerns” about the bill’s latest version. When she was asked to predict whether the bill would pass, she answered, “I think it would be extremely close.”

Senator Rand Paul (R-Ky.) is also opposed to the bill, but for the reverse reason. He believes it is still too similar to the ACA in the assistance it offers to low-income consumers.

Three past “nos” have not thrown their support in either camp

Eyes will be on Republican senators who have expressed opposition for the previous version of the Senate bill but who have been quiet so far regarding this one. Notably, legislators in states where many residents now have insurance thanks to Medicaid expansion under the ACA, like Senators Shelley Moore of West Virginia and Rob Portman of Ohio. Also, Senator Dean Heller of Nevada will likely be in the proverbial fishbowl as he decides how to cast his vote: not only is he up for re-election in 2018, but the Republican governor of his state has expressed concerns about how the bill will impact Nevadans.