AMA Heads Up Coalition Pressing for Prior Authorization Reform 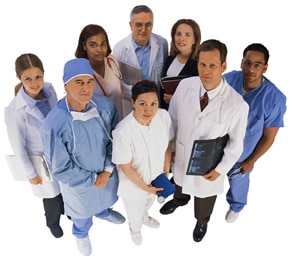 Patients aren’t the only ones that have to worry about getting prior authorizations on certain types of healthcare—providers do, too. And last week two powerful provider organizations teamed up to form a coalition that’s all about revising the requirements for and improving the way prior authorizations are obtained.

Physician groups say that the prior authorization process, as it stands now, is one that takes up so much time that it can detract from or, in the case of delays or interruptions in care, even adversely impact patient well-being. From the American Medical Association’s (AMA) website: “The AMA believes that prior authorization is overused and that existing processes are too difficult.”

To address these concerns, the American Hospital Association (AHA), the AMA, and more than a dozen smaller healthcare organizations formed a coalition that intends to lobby health plans to revise prior authorizations for medical procedures, diagnostic tests, devices, and drugs so that it they are part of a streamlined, efficient process.

Working together, the organizations created 21 principles they’d like to see health plans implement when overhauling the prior authorization stipulations. The broad categories the principles cover are: clinical validity; continuity of care; transparency and fairness; timely access and administrative efficiency; and alternatives and exemptions.

Rob Tennant is health information technology policy director at the Medical Group Management Association (MGMA; a group that is part of the coalition). “Our hope is to build a dialogue between providers, health plans and their third parties so we can cut out needless administrative waste from the system,” he said, adding that most of the principles fall under the category of “common sense.” He also stated that the coalition’s goal is to work directly with the group America’s Health Insurance Plans (AHIP) as well as private insurers to achieve change.

“Health plans have been working with providers and many others to find new ways to simplify the pre-authorization process,” said Kristine Grow, a spokeswoman for AHIP. “This work has resulted in a better understanding on what information is needed for prior authorization, as well as to provide the groundwork for national standards for electronic prescribing processes.”

Indeed, for the last ten years, the AHIP has been engaged in discussions with doctors and health plans regarding ways to take off some of the administrative weight added by prior authorization requirements. And yet, doctors still express experiencing undue stress over prior authorizations.

According to a survey conducted by the AMA in December of 2016, around three-quarters of 1,000 doctors stated that administrative tasks associated with prior authorization requirements represent a “high burden” for not only themselves, but also for their staff. Nearly one-fourth of doctors surveyed reported that their employees regularly spent more than 20 hours in following through on requirements for prior authorizations each week.

But AHIP’s Grow pointed to the benefit of prior authorizations, namely that they “help ensure patients receive the most effective and efficient care.” She also used the example of the high cost of prescription medications in relation to prior authorizations, saying that the PAs can help in that area by hitting the pause button and making sure patients know about other drugs that might work just as well but cost far less.

However, MGMA’s Tennant holds a different view, opining that most of the services doctors request through the prior authorization channel end up meeting with approval. “This is clearly a money issue,” he said.