CA Braces for an ACA Marketplace Plagued by Uncertainty 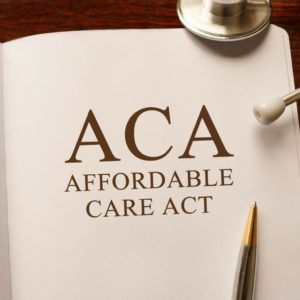 Although the attempted battering of the Affordable Care Act (ACA) at the hands of the GOP is seemingly over for now, threats to the 2018 individual market still remain, threats that the California exchange is doing its best to anticipate and to address.

To be fair to the Trump administration, the ACA marketplace was beset with criticisms before Republicans gained majority control in Washington and acquired the means to add teeth to their repeal and replace mantra. For years consumers across the country have complained of rising premiums and deductibles, and, as insurers dropped off exchanges, shrinking health plan choice as well.

Here at home, the Golden State’s ACA exchange, Covered California, is lauded as one of the more successful examples of the marketplace in action. Although it has not been immune to insurer drop-off (most recently, Anthem announced its withdrawal from more than a dozen regions in the state, a move that will force around 10% of marketplace enrollees to look for new coverage), the state’s ACA exchange has succeeded in relatively robust insurer engagement (nearly a dozen different health plans this year).

Additionally, although ACA marketplace premiums have been on the rise from coast to coast, the increases were not as steep in California as they were in many other states. In 2015, premiums went up by 4.2% over the previous year; in 2016, by 4%; and in 2017, rates increased by 13.2%. Covered California recently announced that 2018 premiums are expected to be an average of 12.5% higher, though certain plans may be subject to an additional 12% surcharge, depending on the Trump administration’s next move.

Subsidization hangs in the balance

In the wake of the failed repeal and replace efforts, Trump has threatened to withhold federal cost-sharing subsidies from both insurers and consumers. If Trump makes good on this promise, “silver” ACA health plans will receive the aforementioned surcharge. Silver plans are the most popular within the exchange, and many enrollees qualify for premium reductions through tax credits.

Covered California has been awaiting word from Washington as to whether or not those cost-sharing subsidies should be expected on the 2018 exchange, and originally said it would decide the premium fate of the silver plans by the end of this month. That decision has been postponed to the end of September.

Beyond the possible death of subsidization, other Trump administration-specific challenges facing the ACA marketplace in 2018 require new defenses, and California is arming itself for the fray. For instance, Trump hasn’t been shy about his desire to “let Obamacare implode” if the GOP plan to repeal failed to succeed. He has repeatedly referred to “the disaster known as Obamacare” as something from which Americans need to be rescued.

Therefore, it’s not a stretch to think that the president is motivated to withhold more than subsidies to do his part to weaken the ACA and produce “evidence” that the nation’s healthcare law is ailing. Case in point: the Trump administration put the brakes on enrollment outreach during the final stretch of open enrollment for 2017. It’s impossible to pinpoint exactly how much this hurt the ACA or how many uninsured people — who would’ve signed up had they been reminded or informed — found themselves past the open enrollment period with nothing to show for it. But industry experts have acknowledged that the move to cut the outreach likely accounted for at least some of the half-million fewer enrollees as compared to 2016.

Covered California, on the other hand, has been getting the word out about the exchange (to the tune of a $100 million annual marketing budget), which is likely one factor behind the state’s relative vitality in the individual marketplace. In light of Trump’s animosity toward the ACA and the Trump administration’s suspension of exchange enrollment publicity, Covered California is planning to spend $5 million more on advertising the state exchange, including sending direct-mail material and running television and radio ads during the open enrollment period that begins on November 1st.

“…Covered California is doing everything it can…”

In a statement, Peter Lee, the executive director of Covered California, had this to say: “The lack of clarity and direction at the federal level continues to be a challenge, and Covered California is doing everything it can to stabilize the market and protect consumers. We hope Congress and the administration will provide clear guidance on how it intends to stabilize the individual insurance market.”