Can the State’s Dream of Universal Healthcare Ever Go from Abstract to Actual? 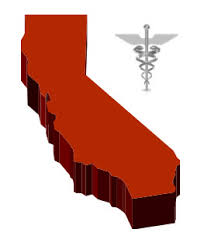 If it’s really the thought that counts, then universal healthcare in the Golden State would count for more than what some experts are seeing as a pipedream. And actually, the Healthy California initiative that would eliminate insurance premiums, deductibles, and coinsurance, and would cover every Californian, regardless of health, income, or immigration status, has already gained enough momentum that it’s made it to the state Senate.

Lately it seems clear that the hourglass is draining rapidly for the federal Affordable Care Act (ACA). Undoubtedly, the California initiative is partly in response to that. But despite all the good thoughts a state single-payer bill has garnered here at home, it may not get any further than the consideration stage.

All roads end at the $400 billion price tag

Beyond the idyllic vision of the measure, the nuts-and-bolts of it as reality would cost the state around $400 billion each year, a breathtaking figure greater than California’s current spending on all other programs. Although pragmatic funding details are in short supply, everyone agrees implementing a plan like this would require a substantial tax hike, in and of itself a challenging thing to accomplish (the state legislature would have to approve it with a two-thirds majority).

This is the third time the single-payer discussion has gathered steam in the state. Bills sailed through the legislature in 2006 and 2008, but then-governor Schwarzenegger vetoed them both.

Is asking the Trump administration for a waiver a lost cause?

Regarding the looming “how” the necessary funds could be secured for this iteration of universal healthcare in the state, the Senate Appropriations Committee has floated the idea of a 15% payroll tax (which would exist in addition to the Social Security payroll tax already in place). Experts have said that employers and workers are likely to balk at that, even though the single-payer plan would wipe out all fees associated with healthcare, and therefore would offset a portion of that tax.

Another idea is asking the federal government to allow California to divert its Medicare and Medicaid funds to the state program. If that were to happen, the state would “just” have to come up with $200 billion to cover costs. And that’s a big “if.”

At the present time, the ACA contains a provision for states to apply for waivers and set up their own healthcare systems. The federal government would need to grant the state that waiver to reappropriate those Medicare and Medicaid funds for a single-payer plan. To automatically assume that will happen is wishful thinking.

Craig Garthwaite is the co-director of Northwestern University’s Health Enterprise Management Program. “I find it hard to believe that the current HHS [the U.S. Department of Health and Human Services] is going to [provide] a laboratory for single payer,” he told Modern Healthcare.

Vermont is no stranger to this scenario. In 2014 the state passed a universal healthcare plan only to eventually step away from it altogether. Projections for paying for the program included substantial hikes in the state income tax and payroll taxes (to rates of 9% and 11.5%, respectively). Elected officials made the decision that those costs were too high, which effectively scrapped the project.

Vermont’s single-payer plan would have covered 96% of residents’ healthcare costs. Healthy California would cover 100% of the costs. The next stop for the Golden State’s bill is the State Assembly.

“…healthcare is a right…”

Gerry Kominski is the director of the UCLA Center of Health Policy Research. He acknowledges that California’s initiative as it stands now is light on details, though weighty in the principles it represents. “It’s an important first step in trying to make universal access a reality,” he told Modern Healthcare. “I believe that healthcare is a right, and we’re never [going] to get there if we say it’s just too difficult and it costs too much.”