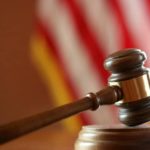 Earlier this month, state health officials announced that a Canoga Park nursing home1 was fined $75,000 in what was deemed the preventable death of a resident (the patient was not sufficiently monitored to prevent him from removing the medical equipment that allowed him to breathe). The violation fell into the Class AA category—the harshest penalty under the law—where the fines range between $25,000 and $100,000.

The nursing home is a 112-bed facility that specializes in rehabilitation, subacute, and skilled nursing care. In 2013 a resident (whose name and age were not released) died after removing his own tracheostomy tube. Officials with the California Department of Public Health (CDPH) investigating the death noted that, in addition to the chronic respiratory failure that the resident suffered from, the man was besieged by other illnesses, including tuberculosis and dementia. However, a plan to prevent the patient from removing the apparatus upon which he relied was not in place at the time of his death.

The CDPH statement said that the “investigation found deficiencies that were determined to have been a direct proximate cause of death of a patient or resident.”

Does the facility’s “quality measures” 5-star rating fail to tell the whole story?

The nursing home’s marketing material boasts of their “5-star overall Quality of Care rating” from the Centers for Medicare & Medicaid Services (CMS); the “warm, nurturing environment” they provide their patients, including “our respiratory therapy program [that] services patients with ventilator weaning and tracheostomy decannulation needs.”

In response to the state’s announcement, the nursing home released its own statement:

“This very unfortunate incident occurred three years ago under a different management team. We are fully cooperating with all governmental entities involved in this issue. [The nursing home] continues to have an above average overall rating and an above average quality measure rating from (Centers for Medicaid and Medicare Services). Delivering the appropriate level of care for each resident’s needs continues to be our priority.”

According to the CMS Nursing Home Profile (that references a Department of Health and Human Services March 14th health inspection report), the nursing home’s overall rating is four out of five stars. Despite the quality measures 5-star rating the facility’s website references, the health inspection rating comes in at below average: two stars out of five stars. The nursing home received a total of 13 health deficiencies, a number that’s higher than the average number of health deficiencies in California (11.4), which is in itself higher than the average nationwide (seven).

In the section of the March inspection report for the nursing home titled: “Make sure that the nursing home area is free from accident hazards and risks and provides supervision to prevent avoidable accidents,” the level of harm noted is “actual harm,” and general number of residents affected, “few.” The report summarizes that category’s findings: “Based on observation, interview, and record review, the facility failed to prevent actual and potential falls with and without injuries for four out of 22 sample residents.”

This compared with another area of the report, one that perhaps more directly addresses the 2013 death that earned the facility the recent Class AA violation: “Properly care for residents needing special services, including: injections, colostomy, ureostomy, ileostomy, tracheostomy care, tracheal suctioning, respiratory care, foot care, and prostheses,” which noted “minimal harm or potential for harm,” and “residents affected: few.” ­