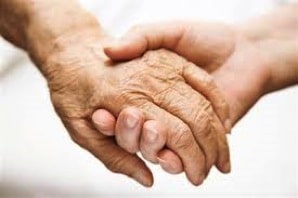 The decisions regarding end-of-life care are among the most important, difficult, and sensitive we will ever make as humans. And some of those decisions require the input of a physician, especially for patients with a terminal illness. However, in cases of Medicare beneficiaries prior to 2016, doctors wouldn’t have had the means to receive reimbursement for counseling patients on advance care planning, which meant that many patients were finding the incredibly important doctor-patient discussion relegated to an unsatisfactorily abbreviated moment at the end of a visit or not happening at all.

Last year the Centers for Medicare & Medicaid Services (CMS) took a step toward rectifying that when it finalized new billing codes that permit doctors to submit claims for end-of-life planning visits with patients.

The CMS defines the service this way: “Advance care planning including the explanation and discussion of advance directives such as standard forms (with completion of such forms, when performed), by the physician or other qualified health care professional.”

Providers given some latitude when using codes

The CMS reimbursement rule was issued in 2015 and went into effect in 2016. It does not require a specific diagnosis, nor does it stipulate exactly which end-of-life options are to be presented to the patient. The focus is on allowing patients to make their own decisions about care while they are physically and mentally able to communicate their wishes. Therefore, living wills or advance healthcare directives are often discussed, as well as hospice care should the need arise.

The CMS does not require the advance care planning conversation occur as a discrete visit (though it may), nor must the consultation be led by a physician (physicians’ assistants and nurse practitioners may also bill for this service). Medical personnel assisting patients with end-of-life decisions in hospitals are also covered by the rule.

AMA, big supporter; conservative Republicans, not so much

The American Medical Association (AMA) supports the rule, even as some conservative Republicans vehemently oppose it, calling advance care planning appointments “death panels.” Rep. Steve King (R-Iowa) introduced a bill in the House (the “Protecting Life Until Natural Death Act”) in January that seeks to pull payment for the consultation sessions, which he has referred to as “yet another life-devaluing policy.”

“Allowing the federal government to marry its need to save dollars with the promotion of end-of-life counseling is not in the interest of millions of Americans who were promised life-sustaining care in their older years,” King said.

In stark contrast to that, though, the public apparently sees a need for the service within the healthcare industry. Nearly 90% of respondents in a 2015 Kaiser Family Foundation survey said that doctors should talk about end-of-life choices with their patients, yet only 17% of those polled said they had those discussions with their healthcare providers.

According to CMS, more than 22,000 practitioners submitted Medicare claims for end-of-life treatment consultations last year, the first year that service appeared as a reimbursable expense. A total of 570,000 Medicare enrollees received advance care planning counseling last year, and since data for the first six months reflected 220,000 beneficiaries taking advantage of that resource, there was a substantial uptick in the latter half of 2016.

The CMS reported that practitioners using the advance care planning billing codes earned $50 million from patient deductibles and coinsurance, and $43 million in Medicare reimbursement for the year.

Because physicians must do whatever it takes to keep a patient alive if there are no advance directives in place, doctors realize that there are instances when the life-saving measures they are forced to carry out are not what the patient truly desires. Advance care planning sessions serve to educate patients about their options and, in some cases, would prevent unwanted care. Last year, Critical Care Medicine published a study estimating that intensive care unit costs could be reduced by nearly $2 billion if patients suffering from serious illnesses were routinely made aware of end-of-life choices.

Reimbursement rates for advance care planning consultations range from around $80-$86 for the first half hour and around $75 for each additional half hour. California, Florida and New York had the highest number of claims submitted using the new billing codes.