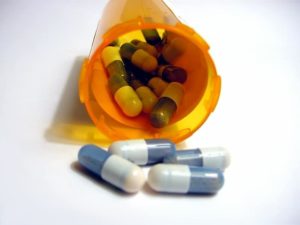 In recent months, Democratic and Republican Congressmen have come together in support of legislation aimed to address the country’s rampant opioid epidemic and drug abuse problem.

Twelve such bills passed in the Energy and Commerce Committee’s Health Subcommittee on Wednesday, April 20, 2016, and supporters hope it will reach the full House by May.

But an important issue remains that threatens to undermine the effectiveness of this reform – how will the legislation be funded?

The bills to address opioid abuse have had bipartisan support in the House, but when it comes to funding, Republicans and Democrats disagree. Democrats such as Congressman Frank Pallone (D-NJ), Ranking Member of the House Energy and Commerce Committee, say that without funding, the bills are powerless. But without Republican support, efforts to fund the bills have failed.

In March 2016 the Comprehensive Addiction and Recovery Act passed with nearly unanimous support (94-1), but the amendment to provide emergency funding was not approved. The failure of that amendment to pass essentially sinks the bill.

Congressman Pallone stated that he was “disappointed that Congress has failed to provide the resources necessary” for these bills to effect real change.

One of the twelve bills, the Heroin and Prescription Drug Abuse Prevention and Reduction Act, commits over $500 million to fighting drug abuse and increasing access to medication-assisted treatment programs.

According to a factsheet on that act from Congressman Pallone’s website, “a comprehensive solution to the crisis will require real dollars and must take an approach that targets the entire spectrum of addiction: prevention, crisis response, for those who fall through the cracks, expanding access to treatment, and providing support for lifelong recovery.”

Some of the other bills in question include:

In his witness testimony in the hearing, “Examining Legislative Proposals to Combat our Nation’s Drug Abuse Crisis,” in October 2015, Mr. Michael Botticelli, Director of National Drug Control Policy, highlighted the trends and consequences in illegal and prescription opiate abuse, and the executive branch’s efforts to provide funding that will spur real action.

And President Obama isn’t stopping – the FY 2017 budget request called for $1 billion to combat the epidemic.

Congress will break in mid-July, and it remains unknown whether these important bills will get funding before then. Congress is facing similar funding issues for mental health reform bills and biomedical innovation bills. Lack of funding could prove to be a significant hurdle in the government’s efforts to combat opioid abuse, strengthen addiction treatment/recovery programs, promote mental health and advance biomedical innovation.