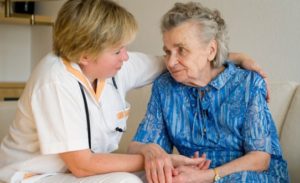 Two doctors accused of running a multi-year health care fraud scheme and racking up $8.8 million in fraudulent claim submissions have been convicted, collectively, of eleven counts of health care fraud.

Multiple government departments were involved in investigating the scheme, including the Department of Health and Human Services (HHS), Office of Inspector General (OIG), the Federal Bureau of Investigation, the California Bureau of Medi-Cal Fraud and Elder Abuse, and IRS Criminal Investigation.

The scheme, which lasted from March 2009 until June 2013, when it was shut down, involved four other defendants. Priscilla Villabroza, who was convicted of participation in a different case of health care fraud in the past, paid recruiters to bring in beneficiaries. Villabroza, along with three other defendants, has pled guilty.

Wijegoonaratna was convicted of 7 counts of health care fraud, while Huang was convicted of 4 counts. The California Medical Board revoked Wijegoonaratna’s medical license; prosecutors claim that he was paid thousands of dollars in kickbacks for bringing Medicare and Medi-Cal beneficiaries into the scheme himself.

United States Attorney Eileen M. Decker expressed disgust for the doctors’ deception. “This scheme is one of many that has victimized public health care programs,” she said, “and, in the end, the taxpayers who fund these important programs.”

The doctors, who will be sentenced on August 15, 2016, will face up to 10 years in prison for each count of health care fraud.