The Future of Federal Healthcare Law: Will “Repeal and Replace” Spell Chaos? 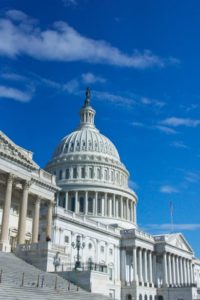 Despite the fact that higher premiums and higher deductibles have been growing problems for many Americans enrolled in the insurance marketplace exchange, a nationwide survey by the Kaiser Family Foundation earlier this year points to more satisfaction than frustration. Over two-thirds of consumers polled categorized their coverage in the marketplace as “excellent” or “good.”

However, this relative satisfaction may be short-lived if the Republican plan to repeal the Affordable Care Act results in marketplace turmoil.

President-elect Trump’s administration, along with its allies in Congress, have expressed plans to repeal the ACA. And some industry professionals speculate that the repealing of the law and replacing Obamacare with a new healthcare structure may spell disaster.

In 2013, the ACA’s healthcare mandate adversely affected four million Americans in the sense that they were told their existing policies did not align with new healthcare law and therefore they would lose coverage. Unsurprisingly, the response was widespread shock and disapproval, which led President Obama to adjust federal guidelines to allow consumers to retain their coverage.

Depending on one’s perspective, that period may feel all-too-recent or safely distant. Either way, there are changes ahead that have the capacity to negatively impact many more consumers than the unrolling of the healthcare requirement under President Obama’s administration.

“There is significant risk of chaos,” warned Ian Morrison, a healthcare consultant who advises health systems nationwide. “If they don’t get this right, a lot of people will suffer.”

In all, well over 100 million Americans will be affected

Republicans have proposed the elimination of the current health law under Trump’s administration. Approximately 11 million Americans presently rely upon insurance coverage through the marketplace, many receiving government subsidies that help pay their policy premiums.

In addition, around 75 million low-income Americans are at present enrolled in the Children’s Health Insurance Program or Medicaid, both of which would be considerably tightened if proposed Republican plans take effect. Also, over 50 million elderly and disabled Americans are enrolled in Medicare, and House Speaker Paul Ryan (R-Wis.) has communicated the intention to overhaul that program.

Former Utah governor Mike Leavitt served as Health and Human Services secretary under President George W. Bush. He warned: “There is a real need here not to overreach and not to move too fast.”

Leavitt also noted: “Any time a party has been out of power … there is an instinct to try to do everything as rapidly as possible and to do it in a way that satisfies their appetite for change.”

With an eye on mitigating the tumult associated with abrupt change, Republicans in Congress have been exploring an approach for repealing and replacing healthcare law that involves several steps across several years.

“Congress will make sure that the transition is a smooth one for Americans,” said Sen. John Barrasso (R-Wyo.), leader of the Senate Republican Policy Committee. “People have already faced too much disruption in their healthcare due to Obamacare.”

Next year is likely to see a vote on legislation that would do away with major portions of the ACA, including federal funding for premium subsidies, the mandate that requires everyone to have health insurance, and Medicaid expansion already begun in 31 states.

Under this strategy, the repeal’s effective date would be pushed out for a year or two, in which time the GOP would focus on developing a viable substitute for the health law they rescinded.

In the short term, this “repeal and delay” approach means that many consumers who picked up insurance because of the ACA’s health law won’t see an immediate loss of coverage. However, it has the potential to dramatically weaken insurance marketplaces nationwide. Many insurers have already reported losses or shrinking profits in the face of covering greater numbers of chronic illnesses than anticipated.

“The markets already were somewhat fragile,” said Larry Levitt, senior vice president of the nonprofit Kaiser Family Foundation. “It was likely going to take a concerted effort … to put marketplaces in many states on firmer footing.”

But if marketplaces face elimination altogether, many of the same insurers who remained in the hopes of a fix from a new administration would find will probably walk away for good, at least in the opinion of healthcare experts and industry professionals.

An exodus of insurers would result in millions of Americans faced with large jumps in policy premiums or the need to find new plans. Industry insiders say this could cause more widespread chaos than occurred in 2013 at the ACA’s marketplace commencement.

Is confidence in the GOP’s plan in short supply?

Although Trump transition officials have not shared any detailed healthcare plans that the country might expect under the new administration, Republican policymakers have indicated they are confident that plans discussed over the last few years—including a 37-page “blueprint” released by House Republicans last summer—will bear fruit when the time comes to replace current health law.

Not everyone shares that confidence, however. Quite the contrary: many may want to feel hopeful, but harbor deep concerns.

Sheryl Skolnick is research director at investment bank Mizuho Securities USA. She says: “Perhaps Congress can lead us in a direction where we fix the things that are wrong with the ACA, because there are many, and preserve what is good.” She adds, “From where I sit, I think it’s a very risky bet.”