Government Funding for Long-term Healthcare Is “Absolutely Not Sustainable” 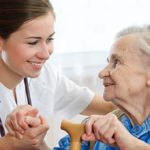 According to California’s Department of Health Care Services (DHCS), over 20% of the state’s population aged 65-and-over is currently enrolled in Medi-Cal. And according to the California Health Care Foundation (CHCF), almost one-fourth of Medi-Cal’s payouts were put toward long-term care—close to $15 billion. But Medi-Cal (and Medicaid, as the program is called outside of California) was not created to fund ongoing care for such a large percentage of the population. On a nationwide scale, Medicaid covers close to 40% of the country’s long-term care. And that number is predicted to jump almost 50% in ten years.

In particular, senior citizens are the group in the greatest need of long-term care. It’s estimated that 1 out of 2 people turning 65 will require assistance as they advance in years—some at home, some in assisted-living facilities. On average, this type of care runs just over $90,000 for men and $180,000 for women (due to the higher average life expectancy of women). Because those costs are out of reach for many, Medicaid has become the Plan B for millions of Americans who need to enter nursing homes or hire home health caregivers.

The pattern isn’t expected to abate, especially considering that Baby Boomers are aging. How Medicaid will continue to cover these mounting expenses is one of the greatest concerns in today’s healthcare climate. “Medicaid bears an incredible financial challenge if substantial changes aren’t made,” says Bruce Chernof, president and CEO of the SCAN Foundation.

The burden of paying for long-term care: where will the money come from?

Matt Salo is the executive director of the National Association of Medicaid Directors. He reports that state Medicaid directors are witnessing long-term care expenditures consume increasingly large chunks of their budgets, in the process crowding out other programs. “There isn’t a day that goes by they are not thinking about long-term care,” Salo says. “It makes up a huge portion of the entire budget and it’s growing … It is absolutely not sustainable.”

Scores of individuals are feeling their own financial burdens related to necessary care as they age. The need for nursing home care or assistance at home compels many in the middle-class to transfer or deplete savings or assets in order to be eligible for Medicaid.

Here in California, senior citizens can usually enroll in Medi-Cal if their annual incomes fall below the $16,000 mark. To qualify for long-term care under the program, they must additionally demonstrate a need for help with basic “activities of daily living.” If seniors can show a medical need for long-term care and have depleted a great deal of their savings (this does not apply to homes), higher incomes are permitted.

Salo acknowledges that it’s not ideal for individuals to feel compelled to spend down savings that may have taken years to gather in order to pay for long-term care, but he also acknowledges the other side of that coin: states don’t have the means to pay for care for all who are in need of it.

Pressure on Medicaid is growing…with no relief in sight

Although California is able to offset some of what it outlays for long-term care via later settling with estates, that doesn’t put the state Medi-Cal budget in the black. Jennifer Kent heads up DHCS in California. She sums up the rock-and-hard-place position when she says, “We can’t do both — serve as a payer of last resort and let people keep their assets.”

Joanne Handy is the CEO of LeadingAge California, an advocacy group that represents nonprofit nursing homes. She points out that if the trend continues with middle-class residents garnering financial assistance from Medi-Cal, the program may be depleted to the extent that it would not be able to offer aid to the people who need it most.

“The pressure on the state Medicaid budget, not only here in California but across the country, is just going up, up, up,” she says. “If you put on top of that more and more what we call middle-income Californians spending down and then going onto Medi-Cal, it is just a crazy policy.”

In an attempt to discover new means to manage spending, California and several other states have begun seeking contracts with managed care organizations to supply short- and long-term services to residents on Medicaid—not only nursing home care, but also transportation to doctor visits and help with household chores and self-care. Although many see this as a positive step, some worry that this arrangement might ultimately reduce seniors’ access to services since managed care companies are geared toward covering traditional medical care and not at-home life-maintenance assistance.

Across the country, approximately 1.4 million people are receiving long-term care in nursing homes. Over 62% of that care is funded by Medicaid.