Harry Nelson Quoted in HealthcareDive Article “The possibility is ‘quite real.’ Experts weigh in whether big payers will exit ACA exchanges” 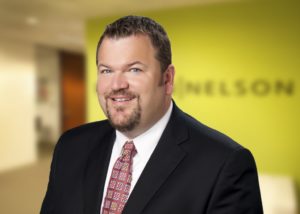 The February 17th article from HealthcareDive titled “The possibility is ‘quite real.’ Experts weigh in whether big payers will exit ACA exchanges” by Heather Caspi discusses major insurers suggestions that they might leave the federal and state exchanges if they continue to lose money on their Affordable Care Act (ACA) business in 2016. The question is whether they are likely to make good on the threats or are more likely aiming to pressure the federal government into making the marketplace and its requirements more favorable for insurers’ long-term participation.

Several experts suggest the answer is both, and the possibility of insurers leaving is quite real. If they do leave the impacts could be significant in different markets across the U.S., depending on what options (if any) would be left for consumers, whether the voids would be filled by smaller insurers, and whether there would be sufficient participation to keep the exchanges viable.

Harry Nelson, Co-Founder and Managing Partner of healthcare law firm Nelson Hardiman commented on this topic. Nelson suggests some insurers, such as UnitedHealth, appear to be mapping out a future without the exchange population, while others, such as the Blues, are likely committed.

“The exit of multiple insurers who had previously had a broad presence on the exchanges would be a major setback for the ACA vision and for the Obama administration,” he says. “The government is counting on the insurers to offer sufficient choices for consumers to make the exchanges viable…While a small number of insurer exits isn’t going to make a difference and while smaller regional insurers might fill some voids, it would be a bad indicator for long-term viability if a critical mass of insurers exited the exchanges.”