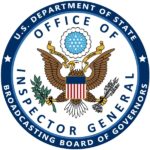 Early this year, the U.S. Department of Health and Human Services (HHS) Office of Inspector General (OIG) released a final rule addressing its exclusion authorities. In a sense, the timing of the rule’s publication is itself a sort of time sleight-of-hand: in early December, two rules were published (one on the civil monetary penalties law [CMPL], the other on the anti-kickback safe harbors and beneficiary inducement law) and have since been put in effect. But the Trump administration instituted a freeze on the effective dates of regulations still pending as of January 20th, so the OIG’s final rule in question now has an effective date of March 21st.

In a nutshell, the rule broadens the OIG’s authority under section 1128 of the Social Security Act, namely, in excluding certain people or organizations participating in federal healthcare programs. It accomplishes this by expanding the OIG’s “permissive exclusion authority”; instituting a 10-year limitation period on affirmative exclusions; increasing financial loss aggravating factors (to $50,000) and mitigating factors involving misdemeanor crimes or loss to federal programs (to $5,000); altering the presumption against early reinstatement; and modifying the definition of some key terms.

The rule allows the OIG the right to prohibit anyone from participating in federal healthcare who is found to be obstructing federal healthcare fraud investigations, misrepresenting material facts or providing false statements when applying to engage in federal healthcare, and failing to produce payment information when requested. These exclusions are contained within the Affordable Care Act (ACA); the final rule systematizes them.

In addition, the rule allows the OIG to exclude healthcare professionals who not only have defaulted on student loans, but also extends exclusion to those practitioners who have failed to meet their obligations under health education loan repayment plans (arrangements that call for a set number of years of healthcare service in an underserved geographic area following graduation).

The rule now gives the OIG a 10-year limitation window for 1128(b)(7) of the Social Security Act, which is the same period allowed under the False Claims Act (FCA). The OIG has reasoned that establishing twin limitation periods will give the department the needed time to weigh exclusion information in light of how lengthy FCA cases tend to be.

Some definitions clarified in the new rule include those for “indirectly,” “directly,” and “furnished.”

“Indirectly” and “directly” apply to persons or organizations providing healthcare (in the form of services or supplies) and then seeking payment from a federal healthcare program. Those terms also include entities or individuals that seek payment from federal healthcare programs for services or items they’ve furnished to providers themselves. This nuance makes it clear that the OIG exclusion is not static; it does not begin and end with claims submitted by an excluded individual or entity.

The final rule stipulates that “furnished”: “refer[s] to items or services provided or supplied, directly or indirectly, by any individual or entity.”