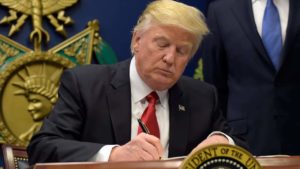 There’s been much talk about consumers’ concerns over the Republican promise to repeal the Affordable Care Act (ACA), and consumers aren’t the only ones worried by the lack of a clear strategy for replacing it—health insurers are not resting easy in the face of so many unknowns either, albeit for different reasons.

Most notably of late, insurers’ concerns relate to the ACA’s individual marketplace. Although the Trump administration issued a recent rule with the ostensible goal of adding stability to the ACA exchanges, critics say it did little to allay urgent problems.

Enrollment window is cut in half

The rule’s purpose was to bring some balance to a risk pool that insurers claim has too great a proportion of individuals needing costly medical care. It shrinks the 2018 marketplace enrollment period from three months to around six weeks (from November 1st through December 15th).

Although the Centers for Medicare and Medicaid Services (CMS) had deliberated over the possibility of keeping the 2018 enrollment period for their programs running from November 1st through January 31st as it was this past year, their final decision was to fall in line with the new rule’s shortened window.

The rule’s comment period is also shorter than typical, a mere 20 days, which signals an intent for brisk change.

Insurance companies had hoped the rule would speak to other practical concerns, especially ways to infuse healthy individuals into a pool that insurers say is sicker than they’d like.

As it stands now, the ACA precludes insurers from turning down consumers with preexisting medical conditions. If the Republican replacement similarly prevents insurance companies from selecting those they cover, they would like some assurance they’ll be able to count on enrolling less expensive individuals to create a more balanced customer base.

The rule was silent on that issue, as well as whether the government will continue to offer subsidies to qualifying individuals that assist with paying for premiums.

There’s a corollary significance of the shorter open enrollment period: people who apply for coverage outside of that brief time frame will face a rigorous, document-driven process. And the plan is to intensify the verification.

Originally, only half of applications coming in during the special enrollment period would be earmarked for additional documentation before marketplace eligibility is granted. But the proposal is to demand exacting verification from all special enrollment applicants. If the proposal becomes rule, around 650,000 people will face lengthy delays in enrollment.

Health insurers have said that both the truncated open enrollment period and the more stringent path to coverage eligibility will have a benefit for companies: the rules will interfere with those individuals who only plan to carry insurance while they address high-cost health crises and cancel coverage once the condition is resolved.

One government department is already taking direction from the relatively little that’s been disseminated about the change in healthcare regulation.

The Internal Revenue Service (IRS) recently stated it will not kick back tax returns that have left healthcare coverage questions unanswered. This comes after President Trump’s executive order that instructs agencies to “exercise all authority and discretion … to waive, defer, grant exemptions from, or delay the implementation of any provision or requirement of the (Affordable Care Act) that would impose … a cost, fee, tax, penalty, or regulatory burden on individuals, families.”

Experts point out, however, that this requirement reversal will likely discourage young, healthy individuals from purchasing insurance, exactly the population insurers wish to attract.

New administration accused of “deliberately trying to sabotage” the ACA

Ron Pollack is the executive director of the patient advocacy group Families USA. In a statement, he said, “The Trump Administration is deliberately trying to sabotage the Affordable Care Act, especially by making it much more difficult for people to enroll in coverage. By making it harder to enroll, they are creating their own death spiral that would deter young adults from gaining coverage, thereby driving up costs for everyone.”