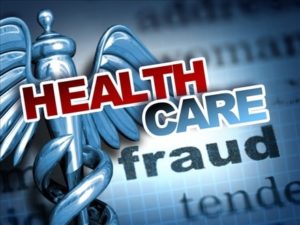 a federal jury in Los Angeles found an Encino man guilty of healthcare fraud and filing false income tax returns. Michael Huynh, office manager and co-owner of a medical clinic, faces a statutory maximum sentence of 38 years in federal prison: five years for the conviction of conspiracy to commit healthcare fraud and three years for each of 11 counts of tax fraud. He will be sentenced on January 30, 2017.

Evidence submitted during the course of the trial demonstrated that Huynh provided false prescriptions to a co-conspirator, Farhad N. Dany Sharim, a pharmacist, who filed claims with insurance companies for medications that were never dispensed. Sharim would receive payments from the insurance companies for the meds and then pay Huynh for the fraudulent prescriptions.

Sharim pleaded guilty to a single count of conspiracy to commit healthcare fraud on November 18, 2013. He faces sentencing on December 5th of this year, with a maximum sentence of five years in federal prison.

According to trial evidence, from the period of time from January of 2004 through November of 2009, Huynh pocketed 82 checks from Sharim totaling more than $1.1 million. In the process of concealing those payments, Huynh filed false federal tax returns from 2007 to 2011 that underreported the clinic’s revenue by more than $1.6 million in total.

“The defendant carried out this fraud at the expense of many, to include his own family members whose identities were used to camouflage the scheme, as well as the patients at his clinic, many of whom are immigrants and did not know their insurance was being billed by a pharmacy they did not go to by a prescribing doctor they did not see, and for medications they did not receive,” said Deirdre Fike, the Assistant Director in Charge of the FBI’s Los Angeles Field Office.

“Health care fraud investigators and prosecutors did an outstanding job of delivering justice to the defendant’s victims, including the patients at his clinic and the insurance companies who suffered losses,” Fike added.

The case was investigated by the FBI, the Internal Revenue Service Criminal Investigation office (IRS-CI) and the Office of Personnel Management Office of Inspector General (OPM-OIG), and was brought as part of the Medicare Fraud Strike Force, supervised by the U.S. Attorney’s Office of the Central District of California along with the Department of Justice’s Fraud Section.

The Medicare Fraud Strike Force was begun in March of 2007; it now operates in nine cities across the nation and to date has charged close to 3,000 defendants with healthcare fraud. As a whole, those defendants have allegedly billed Medicare for over $10 billion in fraudulent claims.

“This defendant [Huynh] played an integral role in a health care fraud scheme that netted over $1 million for drugs that were never prescribed or delivered,” said United States Attorney Eileen M. Decker. “Such massive fraudulent conduct impacts everyone who seeks medical care and who pays for health insurance, since it undermines the integrity of our health care system and preys on vulnerable members of our community. For that, this defendant and his co-conspirator must be held accountable.”

“The frauds engaged in by Mr. Huynh, both income tax fraud and health care fraud, have impacted programs that Americans depend upon as a part of their daily lives. These very same frauds have resulted in Mr. Huynh’s conviction,” stated IRS-Criminal Investigation Acting Special Agent in Charge Anthony J. Orlando. “Along with our law enforcement partners, IRS-Criminal Investigation is committed to bringing those who fraudulently take advantage of our nation’s programs to justice.”