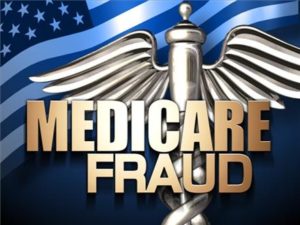 Freedom Health and Optimum Healthcare — managed care companies owned by the holding company America’s 1st Choice Holdings of Florida — are in the process of settling up with the government. According to the Department of Justice (DOJ), the providers have agreed to a $31.7 million settlement in the fraudulent Medicare Advantage billing case against them.

Dr. Darren Sewell, an employee of Tampa-based Freedom and Optimum from 2007 to 2012, filed the whistle-blower lawsuit in 2009, alleging that from 2008 to 2013 the health insurers engaged in a scheme to receive more than what they were owed by the government when they falsified some claims for Medicare Advantage plans. Although Sewell died in 2014, his family members stepped in to assume stewardship of the litigation on his behalf.

The Medicare Advantage program (privately-administered alternatives to traditional, stand-alone Medicare) depends on risk scores to determine payment based on the severity of the patient’s medical condition. This approach was developed to offer private healthcare plans incentives for covering all senior citizens — not just the healthy population — but it is a system that is vulnerable to abuse, if whistle-blower lawsuits claiming deliberately skewed risk scores reflect a trend.

Stephen Muldrow is acting U.S. Attorney for the Middle District of Florida. In a statement, he said: “Medicare Advantage plans play an increasingly important role in our nation’s health care market. This settlement underscores our Office’s commitment to civil health care fraud enforcement.”

Along with the monetary settlement, Freedom Health and Optimum Healthcare have signed a five-year agreement of corporate integrity with the Health and Human Services’ Office of Inspector General (OIG). Among other stipulations, the insurers have agreed to create a program for billing and coding compliance and maintaining that program through the oversights of a compliance officer hired expressly for that role. A specially designated compliance board will also share in overseeing the new program and holding it to federal requirements.

In addition to accusations that the healthcare providers knowingly and deceptively distorted patient risk scores in order to collect larger reimbursements, allegations state that Freedom Health sent a falsified application to the Centers for Medicare & Medicaid Services (CMS) in 2008 with the goal of broadening its service area to include additional counties in Florida as well as other states. Siddhartha Pagidipati, the former chief operating officer of Freedom Health, has agreed to pay a sum of $750,000 in order to settle allegations against him for his part in those claims of network misrepresentation.

Via its corporate counsel Bijal Patel, Freedom Health released a statement denying the veracity of the allegations: “Although Medicare managed care is a complex and constantly changing industry in which it is common to have differing interpretations of regulations, with this settlement, we have agreed to resolve disputed claims without any admission of liability in order to avoid delay and the expense of litigation, so that we can focus on providing quality care, member service and maintaining the highest Medicare star ratings.”