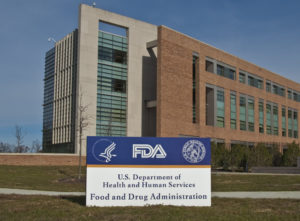 Although it’s still got more miles to log before it reaches the U.S. Food and Drug Administration (FDA) approval finish line, a new gene therapy drug just cleared a crucial milestone along the way: it garnered an advisory panel’s recommendation that the FDA approve it.

The immunotherapy drug, presently known as tisagenlecleucel, treats acute lymphoblastic leukemia (ALL). The National Cancer Institute reports that ALL is the most prevalent type of cancer striking children. If the FDA does ultimately approve the drug (manufactured by Novartis), it would be the first gene therapy on the U.S. market.

The U.S. Centers for Disease Control and Prevention (CDC) says that in 2014 (the most recent year for which there is data) around 5,000 people were diagnosed with ALL. Over 2,500 of those patients were children or young adults.

Although a large percentage of ALL patients respond well to traditional treatments like chemotherapy and radiation, or more progressive treatments like stem-cell transplants, in the event of the leukemia returning down the road, it tends to be more vicious than the initial onset, and it also tends to be resistant to past therapies.

Dr. Stephan Grupp is the director of the Cancer Immunotherapy Program at Children’s Hospital of Pennsylvania, one of more than two dozen clinical facilities that took part in the study that convinced the advisory committee to vote in favor of tisagenlecleucel. As lead investigator of the clinical trials at his hospital, he has more than five years’ experience treating patients with the drug.

At the advisory meeting, Grupp said, “The patients who are left behind when chemotherapy doesn’t work are left in really tough shape.”

…it’s not without risks, though

However promising the treatment prospects underscored in the study, the drug — administered via a one-time infusion — is not without potential side effects, and serious ones at that.

The most troubling side effect is known as cytokine release syndrome (CRS), which causes blood pressure to plummet to extremely low levels. This condition can be fatal. Of the 68 pediatric patients receiving the drug in the trial, around half of them experienced symptoms of CRS; none of those episodes of CRS proved fatal.

Other patients experienced side effects involving their neurological system; for example, hallucinations or seizures. The number of patients reporting those types of reactions was lower than those experiencing CRS.

Although there were fatalities reported among study participants, they were not due to the drug’s side effects. Rather, the deaths resulted from infections that may have been contracted because the patients’ immune systems were weakened by the medication. Not unlike other cancer treatments, tisagenlecleucel kills off some of the body’s cells — specifically, a certain type of immune cell. This can make patients more vulnerable to infection. Three deaths were reported a month or more after the drug was administered.

However sobering the possible side effects and the infections that may have arisen because of immune systems compromised by the drug, tisagenlecleucel nevertheless sailed through the committee’s hearing. Trial data projects that patients have a 79% chance of surviving a year or longer, without the cancer relapsing.

Despite the fact that the FDA is in no way bound to use the advisory panel’s recommendation as a call to action, historically, the agency does often base its approval on the blessings of expert committees like this one. When the FDA might announce its decision is as of yet unknown.

The advisory panel vote to recommend approval was, for all intents and purposes, unanimous: all ten committee members present voted yes (one member left the meeting before the vote and therefore did not cast a vote).