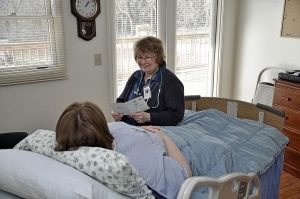 CMS has always viewed hospice as a practice area subject to fraud, waste, and abuse.[1] In fact, recently, the Office of the Inspector General (“OIG”) announced that it will focus on the relationship between hospices and skilled nursing facilities as part of its 2012 Work Plan.[2] According to OIG, Medicare spending on hospice services for nursing home residents has increased 70% since 2005.[3] As a result, CMS and OIG intend to monitor hospices that depend heavily on nursing facility residents and reduce Medicare payments for hospice care provided in nursing facilities to combat fraud, waste and abuse.[4]

However, despite the well-intentioned efforts of CMS and OIG, the growth in hospice services in nursing facilities may not be due entirely to fraud, waste, and abuse. According to Helena Temkin-Greener, Ph.D., a professor of Community and Preventive Medicine at the University of Rochester Medical Center, “Nursing homes are increasingly becoming the place where people go to die.[5]“In addition, a new study published in the Journal of Palliative Medicine suggests that there will be even more nursing facility residents receiving hospice services in the coming years.[6] Currently, an estimated 30% of Americans die in a nursing home setting, and that number is expected to increase to 40% by 2020.[7] With so many patients expected to spend their final days in a skilled nursing facility setting, it should not come as a surprise if the number of nursing home residents receiving hospice services continues to increase over the next few years, despite OIG’s preventative measures to contain further growth.

Hospice providers must walk a fine line in order to stay profitable. On the one hand, an increasing number of patients who will need hospice services are going to be located in skilled nursing facilities. On the other, OIG and CMS are scrutinizing hospice claims of nursing facility residents and provider relationships at an unprecedented level. In a recent report, OIG found that 82 percent of hospice claims for beneficiaries in nursing facilities did not meet Medicare coverage requirements.[8] As such, providers should be mindful of the Local Coverage Determination on how to determine terminal status for hospice care, especially with its nursing facility patients. In addition, while treating nursing facility residents can be more lucrative than treating patients at home, providers should try to diversify their patient census as much as possible. OIG intends to focus its review on hospices that have a high percentage of their beneficiaries in nursing facilities.

Harry Nelson Interviewed on NPR: With telehealth abortion, doctors have to learn to trust and empower patientsHarry Nelson Interviewed on BBC News: US to require negative Covid tests for travelers from ChinaClient Alert: Priority Privacy Update – Social Media and the Erosion of Medical Privacy8 Nelson Hardiman Attorneys Named to the 2023 Southern California Super Lawyers ListClient Alert: Cannabis Businesses Can Use Writ of Attachment to Expedite Collections