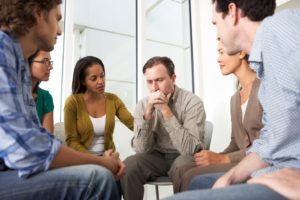 A new bill introduced in the California Assembly signals the resurgence of NIMBYism in California. For over 25 years, drug and alcohol treatment centers with six or fewer residents have relied upon the Fair Housing Act (FHA) and the Americans with Disabilities Act (ADA) to protect them from NIMBYism, the acronym for “Not in my backyard!”, which describes the attitude of neighbors opposed to housing people with disabilities in local communities. These federal laws, along with California Health and Safety Code Section 11834.23, establish that local zoning authorities have no power to treat small group homes housing people with disabilities, including those in the recovery community, differently than traditional families.

A new bill introduced by Santa Monica Assemblyman Richard Bloom represents the latest effort to challenge this legal protection by empowering local zoning authorities. Introduced on February 19, 2016, Assembly Bill 2403 proposes changes to the licensing of alcohol and drug treatment facilities, and if enacted, would likely result in local governments shutting down facilities with common ownership that collectively serve seven or more individuals. The bill will be presented in the Health Committee for an initial vote on March 22, 2016.  If it passes the Health Committee it will proceed to presentation before the Assembly itself.

The law that AB 2403 seeks to amend is Section 11834.09 of the California Health and Safety Code, which grants the Department of Healthcare Services (DHCS) discretion in issuing licenses to residential alcohol and drug treatment facilities. Under this law, the Department historically licenses separate properties separately. In recent years, many California cities, most notably Malibu, have objected to operators of drug treatment centers operating in multiple locations in their cities. In 2015, the City of Malibu sued the State unsuccessfully to attempt to force it to revoke the multiple licenses held by the Passages drug treatment program and issue a single license for all of its operations. The principal effect would have been to remove the FHA, ADA, and state law protection because, cumulatively, the single license for all facilities would exceed the protected six-person units.

AB 2403 would force DHCS to issue a single license to any group of facilities with a cumulative total of more than six residents (not including program staff) that share a common ownership, management, or any affiliation at all – even including the use of a common meal service or sharing the same consultant. By defining any links at all as sufficient to treat all residences as “integral facilities,” the bill would dramatically narrow the legal protection against NIMBYism. For the first time, cities and zoning boards would have the ability to block residential treatment centers when neighbors object. In light of the current lack of access to care for people in need of addiction treatment, this power to limit housing could be devastating.

This is not the first time that cities have sought to limit the operations of drug treatment centers by forcing a definition of “integral” facility operations on the State of California.  In 2012, AB 1983 failed to make the same change. Some observers believe that the timing suggests that the bill is “window dressing” given the timing of its introduction.

Given the power of local governments, however, advocates of disability rights and addiction treatment should take this effort seriously and convey to their representatives the concern that AB 2403 is contrary to the public policy of encouraging the development of sufficient numbers and types of alcoholism or drug abuse recovery and treatment facilities and would likely result in local governments shutting down facilities with common ownership and preventing the growth of effective treatment providers. We have included suggested talking points and information for operators who wish to contact the Health Committee of the Assembly and other political representatives to call their attention to concerns about AB 2403.

LEARN MORE ABOUT OUR UPCOMING WEBINAR: What You Need to Stay Out of Trouble in Addiction Treatment Program Marketing: April 13th, 2016