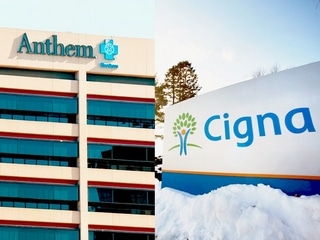 A $54 billion merger between healthcare giants Anthem and Cigna has consumer advocates worried about the possible impacts of such a large deal on the American healthcare landscape.

The California Department of Insurance remains undecided about whether it will approve the merger, which would increase Anthem’s membership from 38 million to 53 million and position the company as the largest insurer in the nation.

At a public hearing on March 29 in Sacramento, representatives for anthem and Cigna presented the potential benefits of the merger, while consumer advocates presented the possible dangers.

Opponents of the merger include the American Medical Association and groups like Health Access California, California’s health consumer advocacy coalition. They posit that the pattern of consolidation sweeping the healthcare industry will result in less consumer choice; this merger in particular, they argue, would place too large a market share in the hands of one company. Monopolization of any industry drives up prices, they pointed out, and the stakes of price hikes in healthcare are high.

Tam Ma, policy counsel for Health Access California, called the Anthem-Cigna merger “the most troubling of the insurance mega-mergers in California and nationally. Anthem provides coverage for millions of consumers, yet has a record of not meeting basic consumer protection laws,” Ma continued. “Anthem should not be allowed to get bigger unless it gets better.”

Antitrust attorneys with the American Medical Association believe the merger could violate federal antitrust laws in some parts of California.

Representatives for Anthem and Cigna, however, argued that prices could actually drop with the merger, rather than rise. As a larger company, they would have more leverage with hospitals and providers to negotiate for lower costs; the savings would trickle down to enrollees, lowering premiums, they said.

Brent Fulton, assistant adjunct professor of health economics and public policy at UC Berkeley, says this is possible in theory, but consolidation in health care leading to lower prices has not been witnessed so far in research. So far, most studies have noted the opposite phenomenon, supporting the perspective of the merger’s critics.

The decision ultimately lies in the hands of Dave Jones, the California State Insurance Commissioner who heads the California Department of Insurance (CDI). In the past, Jones has expressed concern about industry consolidation; in discussions about the Centene-Health Net merger, approved earlier this month, he pointed out the peer-reviewed studies that showed premiums do indeed rise when health insurance companies merge.

Mergers in the context of the ACA

With multiple large health insurance company mergers occurring within the last year, the trend of consolidation in healthcare shows no signs of slowing down. Last October, Blue Shield merged with Care 1st Health Plan; recently, Centene merged with Health Net; and a merger between Aetna and Humana is also in the works.

According to Forbes, the Department of Justice Antitrust Division will provide its perspective on whether these mergers will significantly change prices. Robert Book, a Forbes contributor in the Opinion section, argues that after the passage of the ACA, the nature of competition in healthcare is different from any other industry. With government limitations on variations in health plans, and state and federation regulation of premiums, the relatively unhindered way prices are set in other industries doesn’t happen the same way with health insurance. Compared to mergers in other industries, “what is different this time…is federal law that substantially limits the impact – either for good or for ill – on consumers,” he says.

Whether or not Jones approves this merger, the health care industry is changing and consolidation is a trend that we as a nation must grapple with. The way the market moves in response to the mergers that have already been approved will provide valuable insight as to whether premiums will rise or fall as the changes unfold.