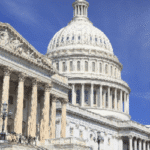 It’s safe to assume that when Republican lawmakers drafted first the American Health Care Act (AHCA) in the House of Representatives, and now the Better Care Reconciliation Act (BCRA) in the Senate, they did not set out to drum up popularity for the Affordable Care Act (ACA), former President Barack Obama’s signature piece of legislation.

And yet, however unintended, that appears to be one of the consequences of stripping national healthcare of key funding and mandates as proposed in the BCRA: a sustained outcry by consumers, practitioners, and advocacy groups to spare the good in the ACA.

McConnell still hopes to find support for his unpopular bill

Senate Majority Leader Mitch McConnell had hoped to have a vote on his bill, a revision of the AHCA that, according to the Congressional Budget Office (CBO), still results in millions losing their coverage courtesy of deep cuts to Medicaid, prior to the July 4th recess. But when it became clear that he could not count on enough GOP “yeas” to pass the BCRA, he postponed the vote until after the break. Rumors swirled that the measure was dead.

BCRA shows no love for Medicaid

Some of what makes the BCRA so unpopular is its particularly harsh treatment of Medicaid, a safety net for the nation’s most vulnerable individuals. Medicaid eligibility had been significantly expanded under the ACA. The Senate bill seeks to put a ceiling on Medicaid spending and to reverse that expansion.

CBO analysis estimates that 22 million Americans would lose healthcare coverage entirely because of these Medicaid provisions. Further, the Senate measure intends to drastically cut subsidies to low-income individuals and families, while providing dramatic tax cuts for the exceptionally wealthy.

It’s unclear whether drafters of the bill are considering the domino effect of their proposed legislation, but many within the healthcare industry are.

“The ACA has never been more popular.”

Dr. Toby Cosgrove is CEO of the Cleveland Clinic. “If Medicaid gets rolled back, there is no question there is going to be more uncompensated care,” he told Modern Healthcare. “When up to 22 million people lose coverage, that becomes a substantial risk, particularly for safety-net and rural hospitals that are already losing money on patient care. But the implications go beyond patients and hospitals, they go to the communities, especially when their biggest employers are hospitals.”

And Cosgrove added: “I haven’t talked to any provider that supports the Senate bill. The ACA has never been more popular.”

If the BCRA makes it out of the Senate alive, from 2021 to 2024, government funding of the Medicaid expansion would gradually be extinguished. This means that the states would need to either find a way to pay for the Medicaid holes left by the BCRA, or close the door to coverage altogether. Also, beginning in 2020, the rise of federal Medicaid payments would be limited to the medical inflation rate, currently estimated at 5.6% per year. By the year 2025, the situation gets even bleaker: government payments for Medicaid would be curbed by the Consumer Price Index rate. Since the 1930s, the CPI has been, on average, around 1.4%.

Despite push for universal healthcare, CA wouldn’t be immune to effects of Medicaid rollback

The burden on states like California, where the ACA’s Medicaid expansion has substantially boosted the number of insured residents, would be enormous. For instance, here at home, one out of every two children are now insured under Medi-Cal, the state’s version of Medicaid, and the Golden State boasts of a low rate of uninsured residents overall — only 3.5%.

Lee Domanico is CEO of Marin General Hospital. “If that were to reverse itself, it would really be devastating for those people and tough for us because that reimbursement could go to zero,” he told Modern Healthcare. “Bad debt would go up, which had gone down through the Obamacare plan with more people insured through the exchanges and expansion of the Medi-Cal program.”

­Because the Senate bill allows states to do away with the ACA’s required essential benefits, insurance companies would have the latitude to deny coverage to individuals in need of a range of healthcare services, including mental health treatment (and within that, treatment for substance use disorder), emergency services, maternity care, and cancer treatment.

Additionally, the bill does not protect coverage for people with preexisting conditions, as the ACA does. Insurers could decide to deny claims for treatment related to those conditions, and could base premium charges on health status. That would result in prohibitively high premium rates for millions of individuals.

Industry experts predict that this would remove the incentive (or possibility for) preventive care/maintenance of existing health conditions for some and would force un- or under-insured people to emergency rooms when in crisis. This would spike rates of uncompensated care, most notably in Medicaid expansion states.

Analysis by the Commonwealth Fund estimates that in D.C. and the 31 states that broadened access to Medicaid under the ACA, uncompensated care will rise by more than 75% through 2026. Many of those states would undergo a doubling (or more) of uncompensated care rates. Among the hardest hit, West Virginia and Kentucky (notable for resounding voter support of Trump in the presidential election). The former would see a 165% increase in uncompensated care, the latter 122%.