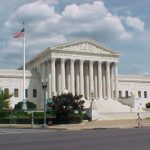 An Affordable Care Act (ACA) mandate requiring employers to provide employees with birth control through their health plans has stirred up controversy amongst religious nonprofits, a group of which has petitioned for exemption from the mandate. The group of cases, Zubik v. Burwell, reached the Supreme Court; justices seemed headed for a 4-4 split in the wake of Justice Antonin Scalia’s death.

On Monday, May 16, 2016, the Supreme Court decided to send the case back to the U.S. Circuit Court of Appeals and let the lower courts decide individually whether the rule should apply to religious nonprofits.

On March 29, the court issued an order asking for more information from both sides, which suggested that the justices were seeking to avoid a 4-4 split. And last month, government and nonprofits agreed to reach a compromise: employees will get the benefits they’re legally entitled to without directly involving the nonprofit employers. The parties have yet to iron out the specifics of the arrangement.

If the Supreme Court had reached a 4-4 split, then the lower courts’ previous decisions would have held. In most of the country, this would have meant no extra exemptions or workarounds for religious nonprofits. By punting the case back to the lower courts, SCOTUS is forcing them to reconsider the case.

“The parties on remand should be afforded an opportunity to arrive at an approach going forward that accommodates petitioners’ religious exercise,” wrote the Supreme Court, “while at the same time ensuring that women covered by the petitioners’ health plans ‘receive full and equal health coverage, including contraceptive coverage.’”

Notably, SCOTUS also decided that the lawsuit serves as adequate notification of the petitioners opting out of the mandate; thus, they may not be fined for failure to notify government of an opt-out. “Because the Government may rely on this notice,” wrote the Supreme Court, “the Government may not impose taxes or penalties on petitioners for failure to provide the relevant notice.”

The Becket Fund for Religious Liberty, which represents one of the petitioning nonprofits, Little Sisters of the Poor, considers the Supreme Courts’ decision not to fine the petitioners a major victory.

The Supreme Court was clear, however, that no matter what, women will have access to contraception coverage. “Nothing in this opinion, or in the opinions or orders of the courts below,” they wrote, “is to affect the ability of the Government to ensure that women covered by petitioners’ health plans ‘obtain, without cost, the full range of FDA approved contraceptives.’”

The National Women’s Law Center and the American Civil Liberties Union both filed briefs in response to SCOTUS’ decision, arguing that the process of ensuring religious liberty should not infringe on women’s ability to access contraception.

Regardless of what happens in the U.S. Circuit Court of Appeals, it’s important that the government uphold the original intention of the Affordable Care Act and maintain women’s rights.