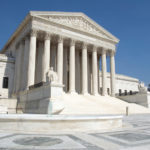 In a decision that some are calling this generation’s Roe v. Wade, the Supreme Court on Monday, June 27, 2016, voted 5-3 against a Texas law that limited women’s abortion access.

The case, Whole Woman’s Health v. Hellerstedt, examined the constitutionality of HB2, a Texas bill that was signed into law by Governor Rick Perry in 2013. The law required abortion clinicians to have admitting privileges at local hospitals and to meet the standards of ambulatory surgery centers. The case was brought by a group of abortion clinics, including Whole Woman’s Health, Austin Women’s Health Center, Killeen Women’s Health Center, and Nova Health Systems D/B/A Reproductive Services.

According to the Guttmacher Institute, a research and policy organization focused on reproductive rights, those fighting to restrict abortion rights utilize main two strategies: working to eliminate or reduce public funding, and imposing TRAP laws, or “targeted regulation of abortion providers” beyond what is necessary for patient safety.

Researchers from the Guttmacher Institute argue that pro-life advocates have been pushing for strict abortion clinic regulations since the 1990s. By imposing highly burdensome rules that are often difficult for clinics to meet, they limit abortion access. 22 states, for example, hold abortion clinics to the same standards as ambulatory surgery centers, despite that abortion is a less invasive procedure than many of those offered at surgery centers. In some cases, clinics are held to those standards even if they provide only medical abortion.

Five states require that providers have admitting privileges at hospitals, “requirements that do little to improve patient care but that set standards that may be impossible for providers to meet.” In all, 24 states have laws in place that regulate abortion beyond what experts consider necessary.

In a brief filed by the petitioners, the group of abortion clinics reminded the Supreme Court of the precedent set by Planned Parenthood of Southeastern Pennsylvania v. Casey: in that case, “the court reaffirmed that the decision to end a pregnancy prior to viability is a fundamental liberty protected by the Due Process Clause,” and that states may not place restrictions that represent an “undue burden.” It is impermissible to impose “unnecessary health regulations that have the purpose or effect of presenting a substantial obstacle to a woman seeking an abortion,” according to SCOTUS’ ruling on that case.

In this case, the petitioners argued that forcing abortion clinics to have admitting privileges and to be on par with ambulatory surgery centers would close the majority of the state’s clinics, making abortion unfeasible for many women. Justices Stephen Breyer and Ruth Bader Ginsburg, in their written opinions, agreed that the restrictions imposed by the Texas law were considerable obstacles to women seeking abortions and thus, unconstitutional.

According to Modern Healthcare, many people were surprised that the Court was able to make a decision on this case in the wake of Justice Antonin Scalia’s death in February. Since his death, the court has “conspicuously avoided making clear decisions in a number of significant cases”; in addition to the contraception coverage case SCOTUS kicked back down to the lower courts in May (Zubik v. Burwell), the court was recently split 4-4 on a case focused on protecting illegal immigrants from deportation.

Pro-choice advocates are optimistic that this ruling will provide grounds for activists and abortion clinics in other states to challenge overly restrictive abortion laws.

“This decision brings us one step closer to a world in which all women are empowered to exercise their reproductive freedom – including the right to a safe and legal abortion, which is supported by 7 in 10 Americans,” wrote NARAL Pro-Choice America in a statement released the day of the ruling.