Three GOP Senators Yank the ACA from the Brink of Death 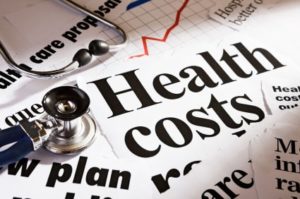 A message for people bored by politics: you probably haven’t tuned in this week.

A drama-packed week in the Senate came to a close in the wee hours of the morning on Friday as one surprising healthcare vote in particular evoked audible gasps and was accompanied by a thumbs-down from the senator casting the fatal vote.

And the ACA lives to see another day…

It was Senator John McCain who opened the door to the GOP repeal of the Affordable Care Act (ACA) earlier this week. On Tuesday, newly recuperating from brain surgery, he flew across the country to cast the deciding vote to bring repeal to the Senate floor for debate. But after a tense (and, in light of typical legislative protocol, downright bizarre) week, the same Republican senator from Arizona (known as “The Maverick”) was also the one who effectively slammed the repeal door shut.

Republicans, in control of the House, Senate and White House, finally have the platform to do what they’ve been promising for seven years: pull the plug on the ACA. Trump’s campaign rhetoric included blithely pledging insurance for everyone at a fraction of the cost.

Of course, wishful thinking and stump speeches don’t directly translate into policy implementation, but nevertheless, it’s striking how far apart those campaign slogans and GOP lawmakers’ proposals truly were — every one of the bills would negatively impact from 15 million to 23 million Americans, according to Congressional Budget Office (CBO) scores. And premiums were projected to go up … way up, in the case of the elderly and the unwell.

As details about the House and Senate plans emerged, it increasingly seemed that the only people who were for the GOP efforts were the GOP lawmakers themselves. One poll showed that only 12% of Americans approved of the Republican plan. Additionally, groups from every corner of healthcare came out against the repeal and replacement formula (hospital, nurse, and physician associations, for example, along with the American Cancer Society, the American Diabetes Association, and the AARP).

Finally, after three days of voting on (and failing to pass) everything they had on paper so far (including the Better Care Reconciliation Act, which hadn’t been formally voted on before this week), the GOP scrapped the “replace” part of their promise and just attempted “repeal,” specifically, the so-called “skinny” repeal, which would leave much of the ACA in place but strip away some elements, including one of the most contentious.

Senate Majority Leader Mitch McConnell (R-Ky.) unveiled the hastily cobbled-together bill — dubbed the “Health Care Freedom Act” — late Thursday night, and expected a vote just hours later. This is a highly ironic compression of time considering that when the ACA was passed, after hundreds of hours of debate over 14 months, McConnell accused Democrats of needlessly rushing the measure.

Insurers, the healthcare segment that had mostly been quiet about the GOP attempts to dismantle the ACA (understandably, since they’d be the only group that would benefit from removing the protection for pre-existing conditions, an ACA reversal that appeared in earlier bills), warned against the skinny repeal, which would, among other things, remove the individual mandate that requires everyone to carry coverage. Experts say that if healthy people aren’t motivated enough to secure insurance, the market would contain a disproportionate share of individuals with costly medical conditions. This “death spiral” would lead to a destabilization of the market, causing a sharp spike in premiums.

The Republican rationale for doggedly trying to pass a deeply flawed bill (that scores of industry experts say would prove calamitous for healthcare) is hard to follow. Senator Lindsey Graham (R-S.C.) had this to say before the vote: “The skinny bill as policy is a disaster. The skinny bill as a replacement for Obamacare is a fraud.”

And yet, Graham voted for it, perhaps because he bought McConnell’s reassurance that it would only serve as a placeholder while lawmakers drafted a more appealing bill. House Speaker Paul Ryan (R-Wis.), however, seemed cagily noncommittal when it came to agreeing to defer making the repeal the law of the land, a lack of reassurance that McCain found disconcerting enough that he was loath to send the bill to the House.

Still, Republicans have been pressured to pass something and thereby shine a light by association on a scandal-besieged president with historically-low approval ratings. Yet, even set against a backdrop of bullying tactics that feel borrowed from Netflix’s House of Cards (a Trump official threatened the Alaskan senator opposing the bill by threatening Alaska itself), the GOP’s eleventh-hour huddle left lawmakers exactly where they started. And millions of Americans woke up to news that allowed them to heave a sigh of relief.

Finally, it looks like the GOP plan to repeal the ACA is dead — at least for now. However, this has been said before. McConnell can revive it at a later date, as can Ryan. If all of this healthcare drama has taught us anything, it’s that when it comes to the GOP resolve to undo President Barack Obama’s crowning legislative achievement, one that tens of millions of Americans rely on every day, it’s best to use an ellipsis rather than a period when rounding out that sentence.

In addition to all the Democrat and Independent senators’ votes against the repeal, the other GOP legislators that stood with McCain were Sens. Lisa Murkowski of Alaska and Susan Collins of Maine. However, unlike McCain, Murkowski and Collins had not wavered in their opposition to all plans to drastically gut the healthcare the nation has grown accustomed to, nor did they vote to open the floor to debate on Tuesday, despite enormous and, at times, hostile pressure to join their party. In that sense, then, they have earned maverick credentials of their own.