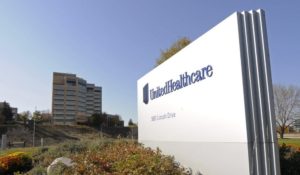 Minnesota-based UnitedHealth Group has been the subject of an investigation by the Justice Department for the past five years, ever since whistleblower Benjamin Poehling, a former UnitedHealth executive, alerted the government to alleged fraud. After remaining under seal in a federal court in Los Angeles, the lawsuit was unsealed earlier this month.

The result of the manipulation of numbers, the lawsuit alleges, is blatant fraud, in the form of millions of dollars drained from the system under knowingly false pretenses.

“Through this fraudulent scheme,” the complaint states, “defendants have defrauded the United States of hundreds of millions—and likely billions—of dollars.”

Was “Project 7” code for “Project upcode?”

The complaint accuses UnitedHealth of embarking on what the insurer dubbed “Project 7”—an agenda to boost risk-adjusted Medicare Advantage payments, thereby boosting its own revenue by $100 million.

Using taxpayer money, the Centers for Medicare and Medicaid Services (CMS) pays private insurers on a monthly basis for each Medicare Advantage enrollee a health plan covers. The payments fall on a spectrum depending how ill an individual is (reflected in their risk score). The average amount that CMS pays an insurer under the Medicare Advantage plan is $3,000 per risk-adjusted condition each year.

Therefore, enrollees with more severe and/or chronic medical conditions will have higher risk scores than their healthier peers. The CMS says that the risk score protocol was designed to provide health plans with incentives for insuring all senior citizens, even those dealing with major health challenges. But according to this false claims suit (and if the fact that several other whistleblower actions have been brought against insurers over the last few years is any indication of a troubling pattern), the system is vulnerable to abuse.

UnitedHealth is not alone on the hot seat

In a statement, UnitedHealth spokesperson Matthew Burns said, “We reject these more than 5-year-old claims and will contest them vigorously. We are honored to serve millions of seniors through Medicare Advantage, proud of the access to quality health care we provided, and confident we complied with the program rules.”